I have always been obsessed with patterns and textures all my life, they fascinate me how they are formed and why they look the way they do. I have journals full of patterns and textures as well as colours / hues. They don’t have to be modern either and some come from nature itself. Then I found out such a thing as Surface pattern design and was off running it suited my unique style too a tee. I took my new obsession and away I went.

William Morris is famous for his designs for wallpapers and soft furnishings, I love his timeless designs that even now many years since they were first created they are still being used and beloved by people. When I was in Melbourne, at the art gallery I saw his designs on cards, mugs and tea sets. They are always vibrant and vivid in colour and repeat patterning I love to look at.

William Morris was more than just a textile designer, he also founded the Arts and Craft Movement in the UK. He is also responsible for some of the iconic patterns in textile for the 19th Century. It’s funny however he wanted to be a clergyman and studied at University of Oxford. Morris however met his partner in creative endeavours Edward Burne-Jones there and instead embarked on a career of textile design which would see him become an important part of textile patterns in UK’s history.

William Morris brought the beauty of nature into the homes through furnishings and decorations such as wallpapers, soft furnishings and fabrics. Morris felt that handmade goods and services were becoming more cheaply made since UK had become more industrialized and hence he wanted to bring back skilled craftsmen which became the Arts and Crafts Movement we know today. It’s concept was nature and pure motifs with high quality craftsmanship. To create his famous designs such a Poppy Wreath (1880) Morris used Wood block printing where it was inked and placed on fabric to do repeat patterning. They used mechanical weaving in production, but only ever natural dyes for colours.

It is fascinating what he was able to achieve when there were no computers and programs now that make it so much easier to design repeat patterning. I feel that is why William Morris is still as popular today in death as he was in life. His designs are still being made and reprinted everyday all over the world and not just his native UK. They are still vibrant and stunning as they were when they were first brought out. Because they are part of nature and patterned I find them so relaxing to look at and find inspiration in my own artwork. And maybe one day soon I will see my own patterns become world famous like William Morris will always be. 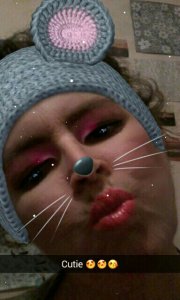